We did several video editing projects during the years, transferring old media to digital. Usually, these projects were one of many different types of video edits, such as compilations or reduction edits.

Recording and video editing for theatre

We had the pleasure of recording and editing the following plays

A Portée de Choeur a charitable musical in favour of the homeless.

We recorded this event and edited the video in 2013 for the A Portée de Choeur Auray charity, which raises money for people in difficulty via les restos du coeur.

Below is a short fun edit based on content recorded on an iPhone, edited quickly with a sound synchronization effect.

Create a souvenir event video of your wedding, baptism, communion, that does justice to the original event. We offer you our video services to reduce up to 10 hours of film into a one-hour summary edit. All you need to do is give us a digital film, and we take care of the rest.

Here is an example of digitally editing VHS video recordings to take out the ‘snow’ which so often plagues old VHS tapes. Simple video editing is designed to make a video more agreeable to watch.

Reduction Video Editing is about reducing perhaps 10 hours of film to one hour or less. Watching ten hours of film is, of course, possible, but it is nice to have a shorter version that can be watched easily. This is one example of our video editing projects.

It is best if several people film the event so that wan can choose the best shot of the scene. Several versions of the same scene allow us to improve video editing by showing multiple angles.

Compile a photo slideshow, put it to music with transitions. It’s a good way to animate your photos and easily show them to family and friends. We add music that matches the theme of your photos.

We know about memories, we often deal in memories, people coming often with films with people passed away in them.

And so it was natural to, when asked, to do an edit with all the photos from someone’s life even after they had passed away. It is of course primarily for those who remain and those who go to the funeral service. In crematoria, it is possible to put on a short film in memory of the person deceased.

Below are 2 very simple examples of just ringing photos together with the music that the person liked. These are all done in haste in between the person passing away and the service, but they do not need to be more in many ways.

For those who remain, there’s no need for special effects, the photos speak for themselves.

We had the pleasure of working for the John Fogerty Fan Club in France – for those connoisseurs who know exactly what bits to choose.

This is a good example of having an editor work for you. The editor deals with the technicalities, you make the choices. And we help you with those choices – one way is to add a timecode – and then you can make the video editing choices, and we execute them.

An estimate of the cost of your video editing project 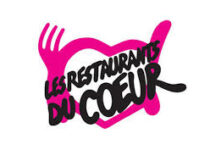