You can use your research material in Evernote to drive tasks. But what other management tools can you use to push forward actions in the direction that you wish?

You may have a lot of material in Evernote as part of your research base. The challenge is then to execute. But what tool should you use to push forward actions, in the direction that you wish?

One way is to use Evernote checkboxes, which gives you a list of notes with actions in them, but no sequence. And, despite having identified actions, you need to determine the important and urgent tasks.

You may want to tag important or urgent items, but the system does not have the ordering and closure functionality of a task management tool.

A two-tool system enables a bottom-up and top-down approach. Evernote is bottom-up in this sense. In the bottom-up approach, Evernote throws out things to do.

The top-down tool focuses on strategy and desire but then can link down to the research base. The top-down approach prioritises and sequences actions in their most efficient configuration.

Projects can be built in either way top-down or bottom-up. Either from a bottom-up collection of items or a top-down approach of breaking single ideas into steps.

Droptask can be used to pilot

To create an Evernote from a Droptask:

In Todoist, there is no ‘send-to-Evernote’ function but it is useful to link a task to the research base.

To do so, copy the Evernote internal link into a Todoist comment

Link Evernote and Todoist with Zapier

But Evernote reminders are relatively inaccessible in Evernote and this lets Evernote down as a task management tool.

The Zapier model is interesting, but I want to choose my note, rather than have a systematic background creation of tasks.
If there were a zap based on Evernote with checkboxes …

The iPhone app Nimbulist is based on Evernotes tagged and with a check-box but was (is?) a little buggy.

Mohio displayed useful reminder data but it is was not sufficient to be used for task management, moh.io was principally a modelling tool. 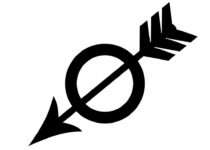