The management process is a combination of using the right tools, within a process. It requires analysing new ideas, structuring action using an organised method.

Tools in the Management Process

I have a list of business management tools that I use and recommend. These fall into two main parts: the informal design tools and formal operational tools.

The second favourite is the idea of mindmapping and mind map software. It’s really a concept, a technique sometimes a toy but with many uses. I’ve listed many uses for mindmapping and uses in problem-solving. Use Mindmapping generally to focus on a domain to get thoughts together.

I want to talk about Moh.io, but the tool is not operational right now. Of course, there is Evernote, which I have often said is the backbone to everything. Evernote is very useful as a document library. There are systems that connect into it that you can tag and link and sort. There’s Kanbanote, Infranodus; there was moh.io. There was Carddesk. Some of these systems are sorely missing.

These Tools Used Together

So how do these tools sit together for me as a set? For what are they used?
Tools are used for more or less formal purposes. Therefore, I might be just thinking about something and use a mindmap.

I might want to do formal specifications, and then I’d use UML. But they’re in the design domain; they are conceptual things. They are about conceiving things.

It’s not just about tools. I want to talk about the management process using tools, but also distinguishing the process from the tools.

So there is this idea of moving new ideas into action, but quite quickly I do get back into tools. I feel you should list all the influences, customer suggestions and creative ideas that you get. This listing is where Evernote comes in. I record everything, all my thoughts in Evernote, and then I sort through them.

The primary objective is ideas for new business, to bring in new services, or even just to act. Even if it’s not about new services, you need to sort through these new ideas. The action is where GTD comes in.

I’m talking here about GTD horizons, from the immediate stuff to the big ideas for the future business or life. GTD helps this whole idea of moving new ideas into action.

Classify the idea either as a strategic thing, a midterm project, or something to be doing in the short term.

Then there is this idea of measuring trajectory towards a purpose. I want to know whether I’m going in the right direction or not. This helps to validate whether the objective that I set is still valid.

So I might set an initial objective and move towards it, or find that I’m not going towards it. I then adjust my goals to the direction in which I’m actually going and feel I should be going.

And yet, I don’t want to lose sight of the objectives. I might just be going another way because I’ve lost sight or because I’m doing what I want to do. So there’s that idea of measurement and evaluating objectives and resetting them.

Then there’s a third section. The first was about tools, the second is the management process and the third is about complexity and analysis.

Breaking Down a Concept Into Steps

I talk about top-down and bottom-up analysis. There are two related things here. Top-down analysis is about breaking a big or small idea down to get it to move into action.

I want to break it down into steps. I want to analyse it and then move into action. This management process is similar to the idea of moving new ideas into action.

Building a Project From Listed Issues

So I’m recording things in Evernote as they come in. This is a different thing. This is not about breaking a single idea down into sub-steps. It’s about what to do with all those ideas recorded over time.

So I’m recording things that may initially seem to be unrelated. Here is an idea and another idea. A customer has suggested something to do. And then I go through and look at how these things are related. I determine whether I can build them into a project, into something coherent, with a conceptual name.

I could just get things done using GTD, but I want things somehow to fit into a coherent context. A project makes me feel as if I have a direction and that my actions fit into an overall scheme. I manage like things together as a set, with a distinct budget and time frame.

In a hierarchical process, the whole business depends on one person at the top who takes responsibility for strategy. The textbook says that you need to feed information up to that top pyramid level. I question how top managers get that information. Is it efficient? What are the processes? What are the systems?

Part of getting that information is from measuring the business, but how about the intangible things, the opinion, the suggestions? The idea of collecting suggestions is getting traction in the workplace, and I’m interested.

I contrast hierarchies with the horizontal structures, the transversal project structures. Such a project might have representatives from different business areas with a specific goal.

If we can run projects with clear objectives, we should be able to run a business like a project.

So there’s this vertical structure, that everyday business, contrasted with projects. There are and some aspects of project management that are useful for day-to-day management.

And the last, fourth section is other methods, so both for information and in some way contrasting them as well.

So we’ve got Effectiveness, SPAM, Just Do It, Just Act, Acting with a purpose and GTD.

We have a purpose, we set this major objective and are working towards that. GTD is similar in that on the horizon five we might have our significant objectives. We focus short-term, medium-term actions on that longer-term objective.

GTD contrasts with the Just Act idea, which says you might make plans, but first you have to do. But it goes further than that; it says Just Do and see where that takes you.

I think there is a danger of losing sight of the major objectives. But it means setting your objectives on a micro scale. Do what comes naturally and see where that takes you. You re-evaluate, and you do your next step.

It sounds okay, but there seems to be something missing. You need the broader purpose, the wider goal, something more long-term to work towards even if the long-term goal changes.

Then update the long-term goal by evaluating what’s happening in the short or medium-term.

And then there is SPAM which is about measurement: set objectives, plan, act and monitor as a cycle.

Creating production capacity is the long-term action that will help you continue to have activity in the short term. So it’s about going out and finding customers, developing services so that in the future you have work.

You may start a project with an idea and break it down into manageable pieces. Or you may build a project block out of a set of recorded ideas or issues from Evernote. Then you organise them into logical steps.

There are contrasting management structures and methods, even though I base most of my management on GTD. There are similarities between methods.

The main point is that you’ve got long-term, medium-term and short-term stuff. You need to be finding a way of expressing ideas, objectives as actions, things that are actionable.

In conclusion, you need to know what’s important to you. Working to purpose is the idea of setting significant goals and to evaluate whether you’re committed to them. This is where measurement comes in.

So you’re saying well, as things go forward, as I get things done, to what things do I maintain commitment? And the things I’m not committed to are the ones on which I’m going to start adjusting my objectives. 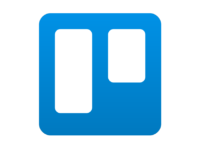